Over the past few days, I've done some data analysis, scripting, and art with the 20 towns and cities from Pokemon Gold. The results were fairly neat. Follow along through all the technical steps I took to generate the images if you're interested. If not, just head down to the bottom to see the results!

I found map sprites of all 20 towns from the amazing Spriter's Resource: https://www.spriters-resource.com/game_boy_gbc/pokemongoldsilver/

After getting all 20 towns, the only requirement is that the map that can be actually be broken into 16x16 pieces - as you'll notice the sprite people often put all the insides of buildings onto the same .png file, so this just took careful cropping to get the part that interested me - the 'outside' part of the towns with the buildings, flora, and road/path tiles.

(Yes, I know - with some effort this too could have been automated, but hey, it took me a total of about 15 minutes to crop the 20 towns myself, so in this case I think good old elbow grease was the faster method)

I wrote a Python function createTiles that moves in 16x16 blocks across the maps, saving each block as it's own separate .png file:

But hey,.pngs that are only 16x16 pixels in size are no fun - you can't scale that up to giant resolution wihtout inevitable blurring or such - to keep them crisp, I converted each 16x16 tile into an .svg using a previous tool that I built, pixelmatic.

Great, now we just need to print the tiles in a creative fashion!

4. Printing Tiles in a Hexagonal Pattern

I had this neat idea to create a spiral and print all the tiles, including repeats, from each town into an outward spiraling fashion. As you can see from my beloved notebook notes, I spent almost too long try how the heck to print the tiles out in such a pattern:

Trying to figure it out.

After lots of brainstorming, I realized it was easiest to implement by creating a walking vector. Each ring has a known count of tiles, and then you just walk around the hexagon:

Ok, I'll admit it, the goal of this project was much more heavily leaning towards the art & design component: for 'data analysis' I didn't really do much of anything except find the duplicates of each tile in each town - and how many times that tile appeared, because I needed exactly that info to generate the town designs.

Building off the code that is in the repository, some other interesting info would be to find:

Though perhaps hunting around on the web this info is already freely avaliable.

To get the counts of each repeats, after all 16x16 tiles were generated, I got the idea to just find a python script which counts duplicate files by content (a hash comparing algorithm). I found a nice one by Andres Torres at Python Central: https://www.pythoncentral.io/finding-duplicate-files-with-python/. I refactored it so it could just be called as a function and return an array of each repeat file name.

What I mean by this is: let's say '1.svg' was the 'ground' tile, and it was found to have the same contents as 336 other tiles in Goldenrod City. Well, this array would include the string '1.png' as the first 336 elements, then a string with the next most repeated file name, and so on. The array that this function returns is the key looping array as we print our hexagonal style pattern in printer.py.

Here's an example of identical tiles and how often they repeat for Goldenrod:

So our return array would contain 1507 string elements, each with the value of that repeated file's name.

I repeated this process for all the towns of Kanto and Johto (for non-Pokemon nerds: the 'original' towns and cities of Pokemon, plus the '2nd generation' towns, a total of 20):

The repository has all the code, 16x16 pngs, svgs, and the final hex images in the results folder. Check it out on GitHub.

I may revisit this project for more designs at some point, I think there are a lot of cool things that could be done with these tiles.

I call it The Pokemon Kaleidoscope Series!!! 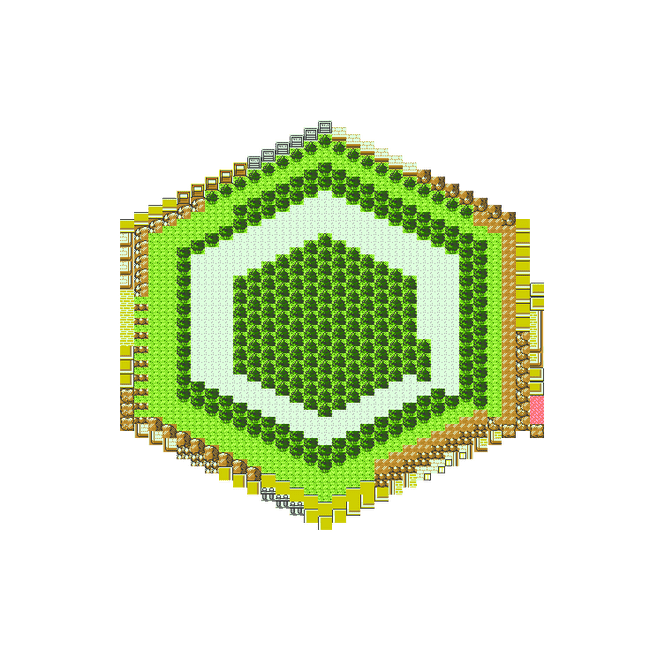 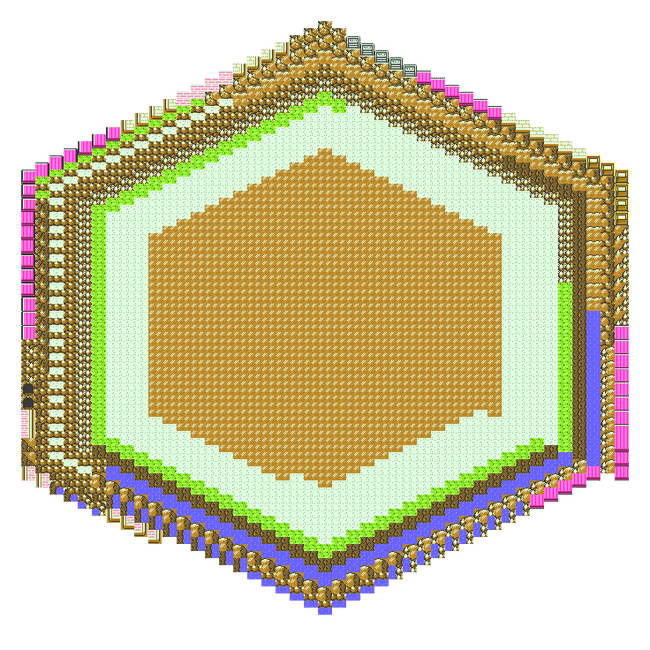 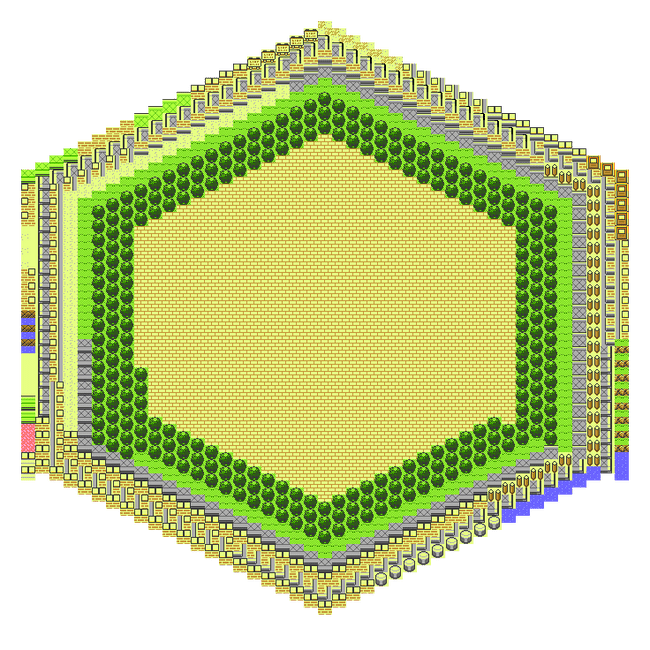 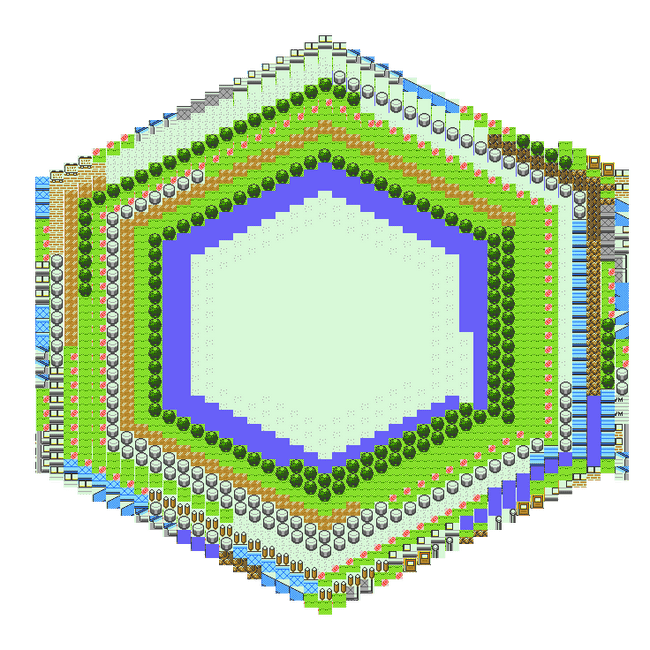 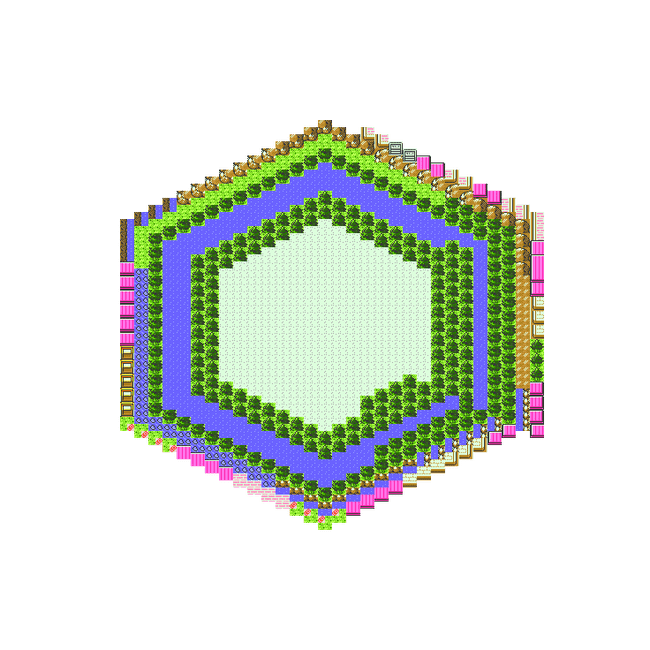 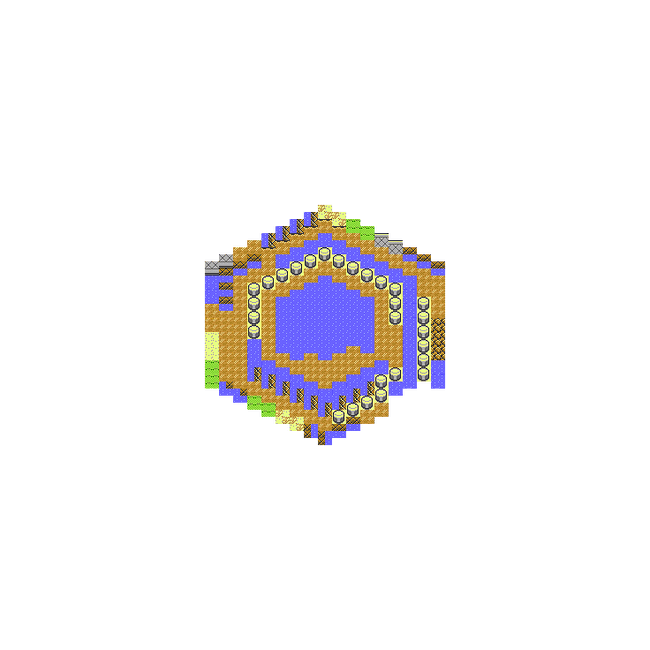 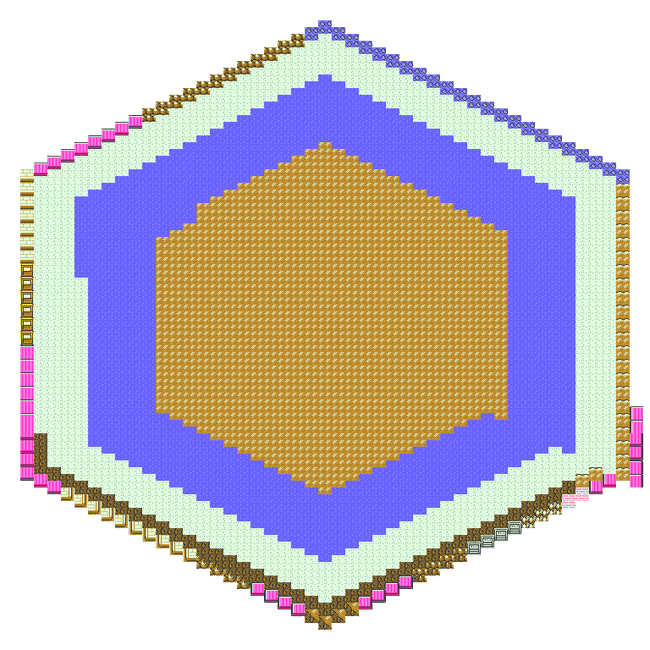 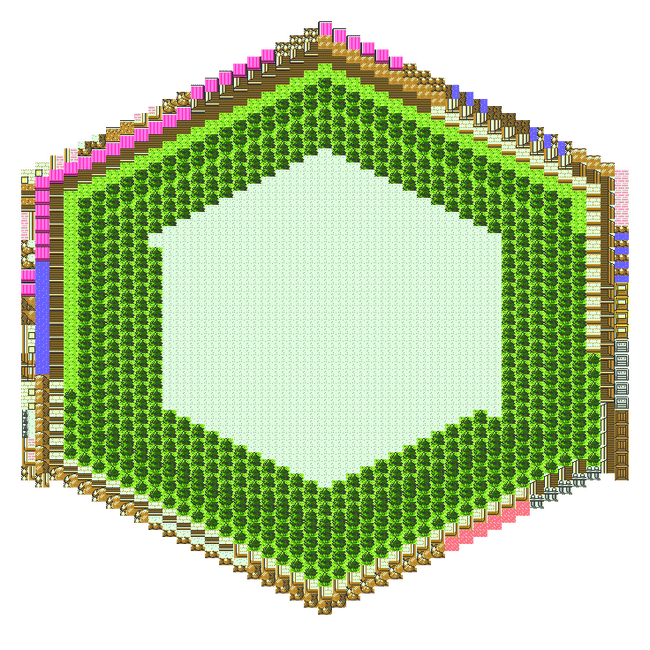 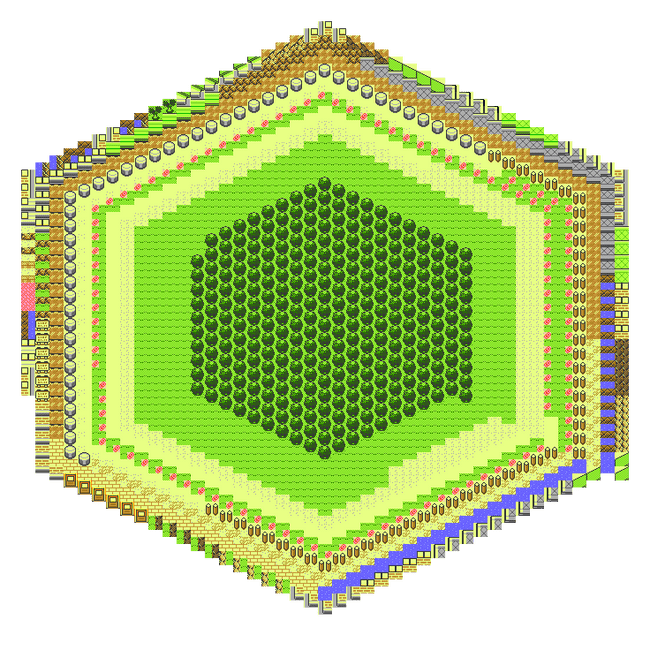 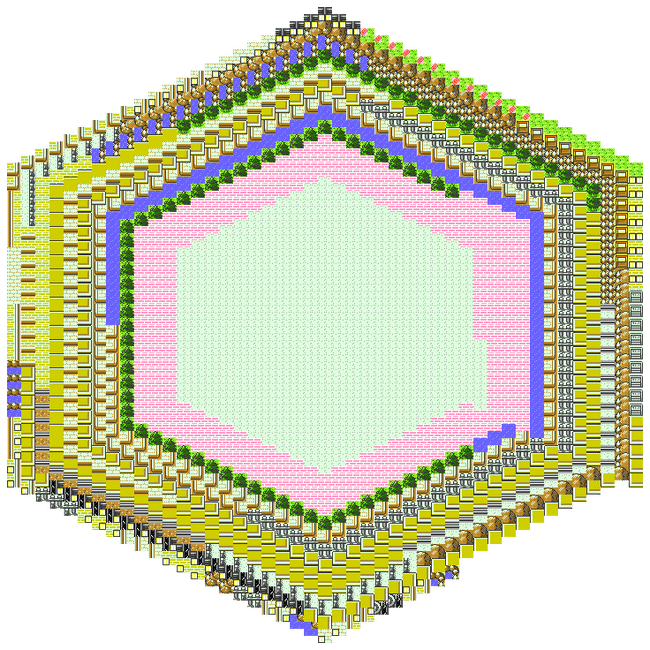 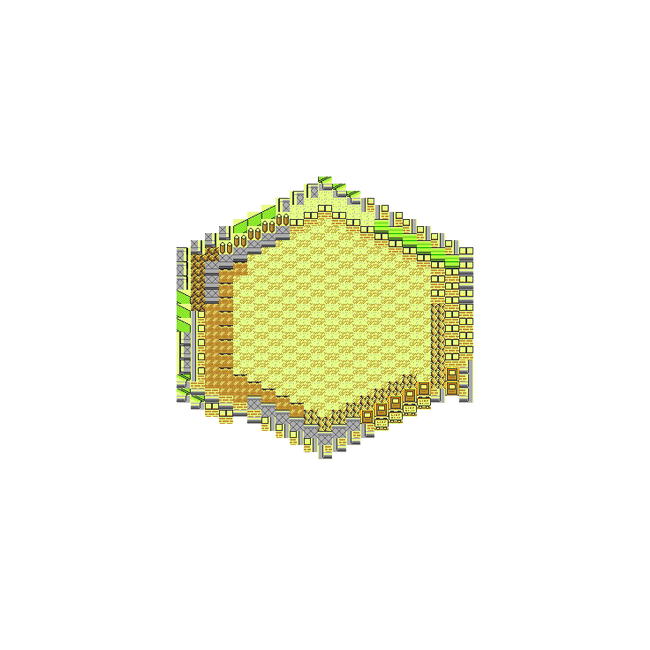 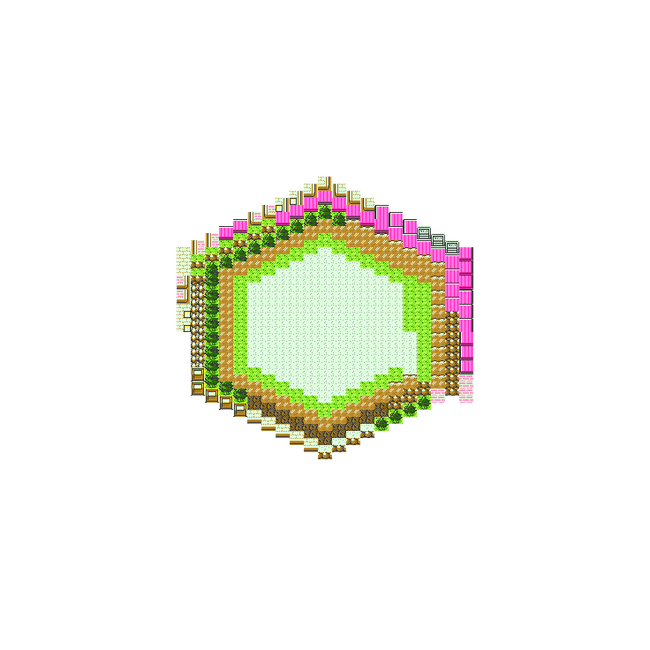 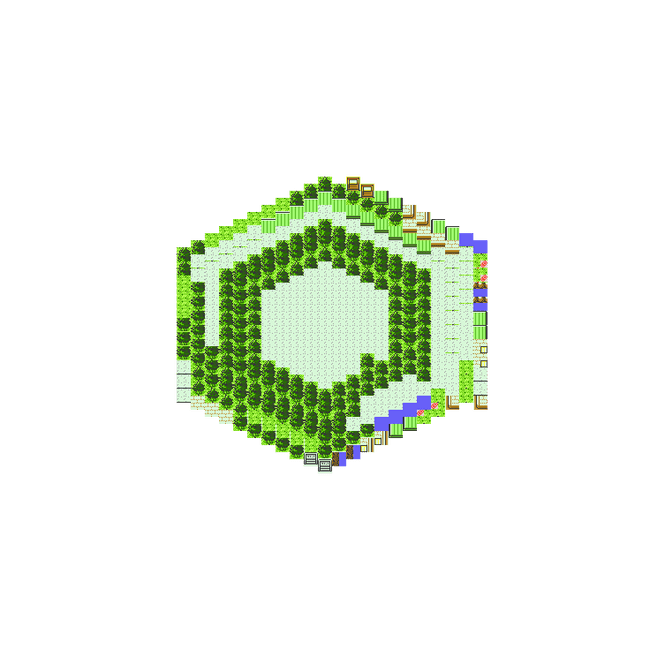 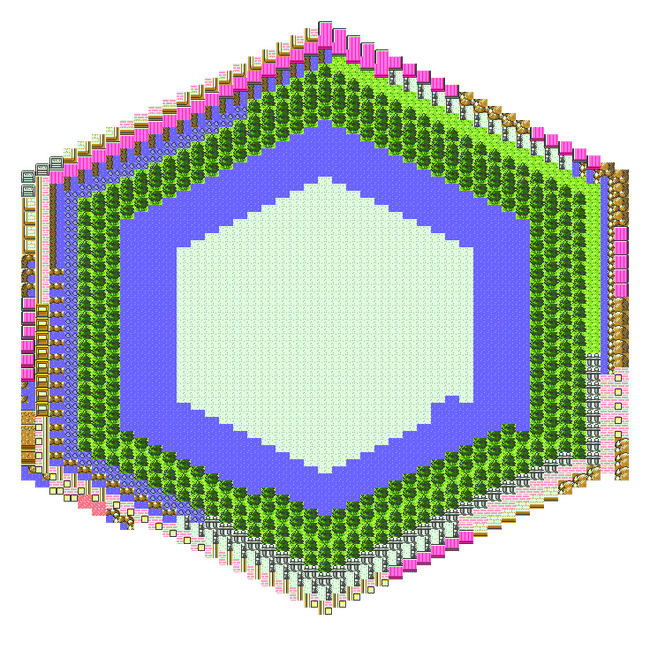 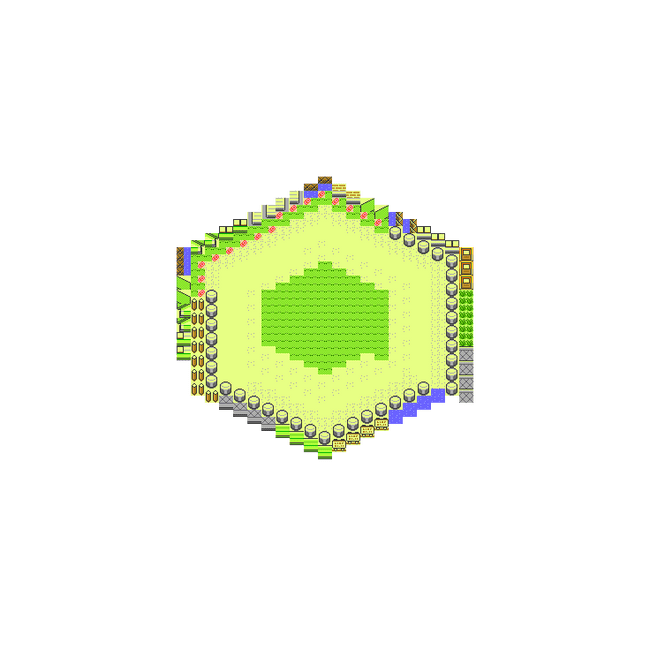 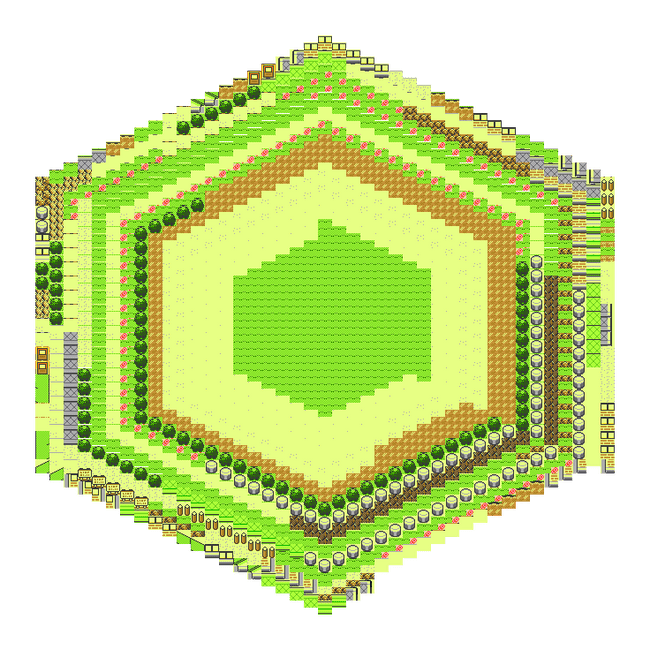 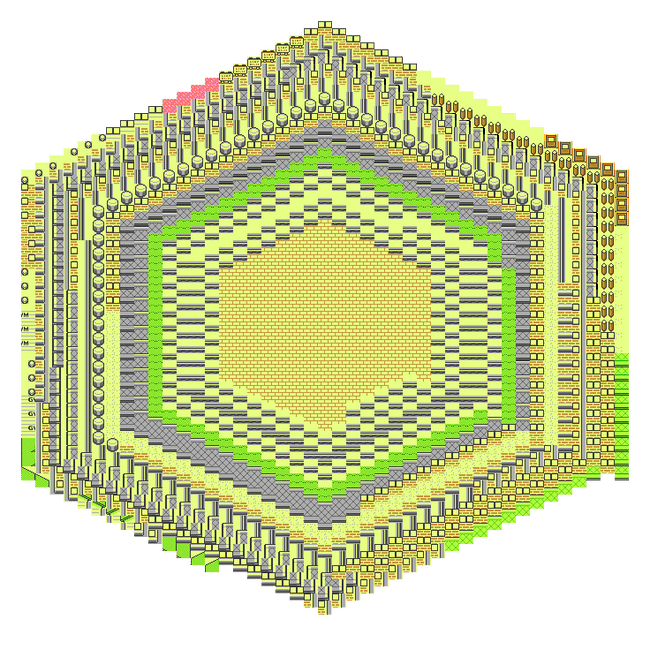 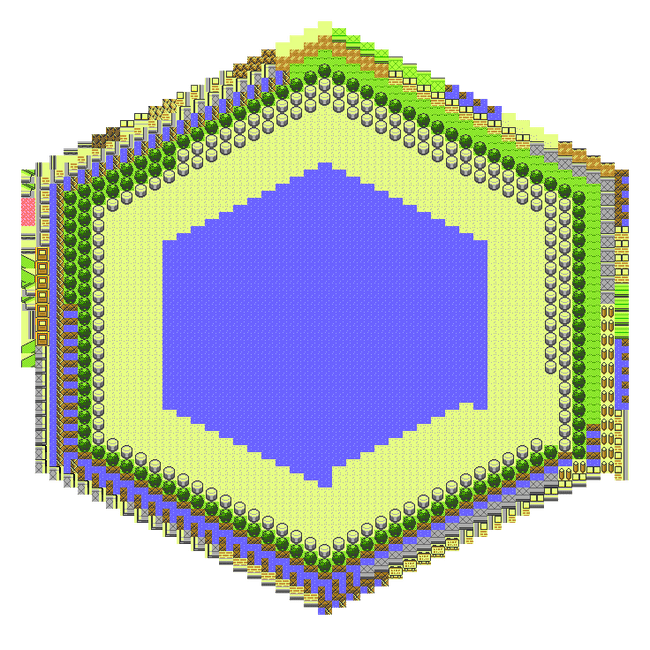 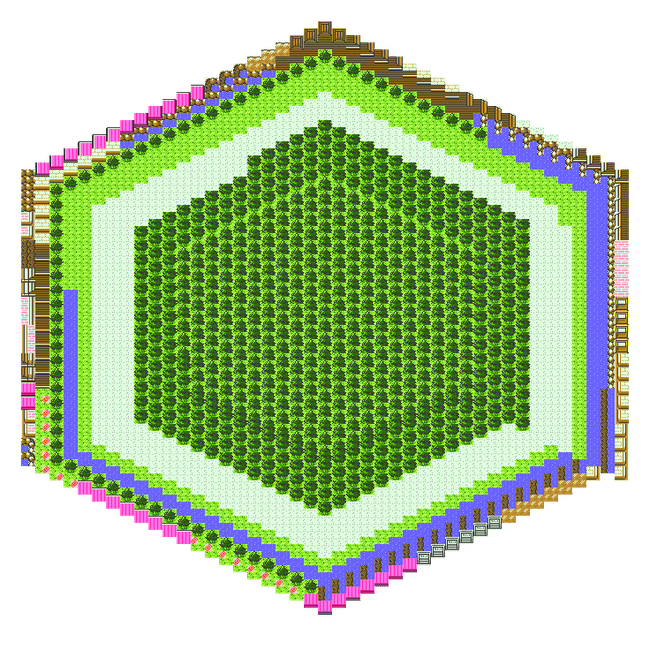 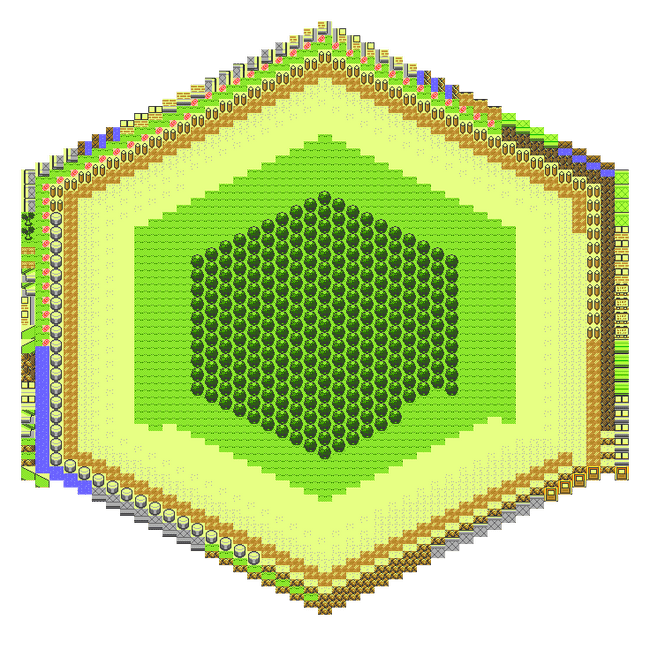 Ah... 😌 I still remember opening up my very first Bash terminal on Ubuntu... it was late summer, in Cornell's Engineering Quad... in short...

It was love
at first sight!

I'm also a full stack software educator. I cherish teaching what I've learned over the years, because I think software development is especially difficult these days, with all the new tools and frameworks that seem to come out daily.

My current teaching efforts are being poured into drafting my book and course, Full Stack SaaS Product Cookbook, which will be released soon. In this book, I take you step by step from boilerplate to finished product, on the entire software development lifecycle behind ReduxPlate, a Redux code generator.

With all my courses, I focus on both advanced and niche topics and in each course I always make considerations into the broader backdrop of the entire full stack software ecosystem. If such courses sound interesting to you, please check out the Full Stack Courses page. One final note: I don't want money to be the reason you can't learn from my courses, so if you can't afford a course for whatever reason, simply send me an email and I can get you the course for free.

I don't want anyone to be intimated by the noise of the software world - I too struggle and reach out from time to time for help and mentoring. To this end, I try to make my courses as clear as possible so you don't get lost or confused. I also avoid the theoretical - I offer real world examples far beyond the overused 'todo list' app example.

You can checkout more about my company, SaaS products, and site portfolio on my bio page.

I consistently put a lot of effort into this site and it's content - I sincerely hope you enjoy the blog!

Or find more posts by tag: